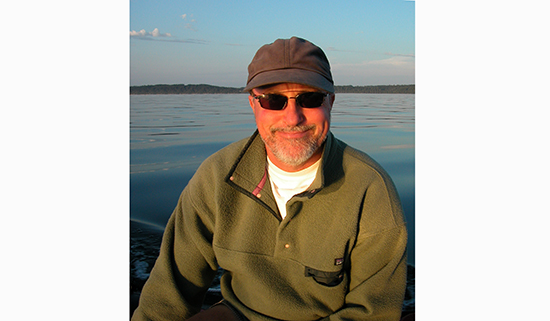 “If you are doing it right, it’s like a walking meditation.”

Randy Wells was born March 3 in Cordova, Alaska to a ballet teacher and a commercial fisherman.

A Kodak photo contest winner at age 12, a motocross rider at 14, a certified scuba diver at 16, and an art student in Paris at 20, he later became an optometrist at age 25. Through it all, he’s remained influenced by the Magnum and National Geographic photographers he would later study with: Ernst Haas, Sam Abell and Alex Webb.

Early on, Randy was a pre-med student who established himself as a distinguished visual storyteller. Today he is celebrated for his problem-solving ability, even-handed professional approach, and meticulous craftsmanship in creating new and compelling imagery for the best in the business. Having photographed on every continent and in every U.S. state, he’s logged more than a half million miles on the road capturing America and its car collections in words and pictures.

Randy is fortunate to have had his work published more than 20,000 times worldwide, appearing in hundreds of magazines, including National Geographic. Included are hundreds of covers. National Geographic Traveler, Outdoor Photographer, Sunset, Excellence, and Panorama magazines are just some of them. His clients include American Express, AT&T, BMW, Boeing, CNN, Daimler AG, Filson, Ford, Heineken, IBM, McDonald’s, Microsoft, Nike, Porsche, and every major airline, hotel and cruise line.

Randy has been voted one of the top 10 best photographers in the Pacific Northwest and one of the top 5 best automotive photographers in Seattle. He has also won multiple awards, including American Photo, AR100, Communication Arts, HOW, Nature’s Best, Graphis, and Motor Press Guild. When he’s not photographing, Randy’s hobbies include vintage Porsches, films, vinyl/audio, tribal rugs, slot cars, and walking on the beach.

Randy remains ready for the next assignment. Please contact his studio for one-stop marketing of your car. Based near Seattle and Los Angeles, Randy’s services are available worldwide.

Sample of Randy’s photography and writing

“I can safely say that not only was working with you almost too much fun to be called work, it was also one of the highlights of my career.” – Daryn Henry, Art Director, Sudler & Hennesey

“In the relatively short time I have known and worked with Randy, he has proven to be a very talented and creative photographer, not to mention a gifted communicator. The creative interpretation of his subjects that he delivers to the viewer, provide imagery with a real sense of emotion. He has proven valuable in solving photographic challenges, has a fresh approach, and tackles his assignments in a very level-headed professional manner. Which is why we continue to work together, and why I look forward to doing so in the years to come.” – Richard Baron, Automotive Creative Director and Designer, PCA Panorama Magazine

“Randy has really made a name for himself in automotive photography. His understanding of the industry, the cars, and passion behind it all comes out in his photos. And he works incredibly hard to make sure it does. A real pro and our go to for automotive photography.” – Lori Randall-Scharmach, Public Relations, BMW Northwest

“Alaskan import Randy Wells has lived a vibrant life as an artist, studying under several National Geographic and Magnum photographers in order to perfect his craft. He now sees himself as an automotive storyteller, combining the worlds of documentary and car photography in surprising ways! Randy treats us not only to the grace and beauty of cars but the stories of the drivers behind the wheel. Seeing cars in motion on the Bonneville Salt Flats or drivers preparing for a race adds a storytelling dimension that’s often missing in contemporary car images. Adorn with his bold colors and dramatic lighting, Randy’s images have a captivating punch that we think you’ll love!” – Copilot

“Randy Wells is an internationally renowned photographer, who has made automotive media his special niche. His work continues to astound me.” – Joe Maisel