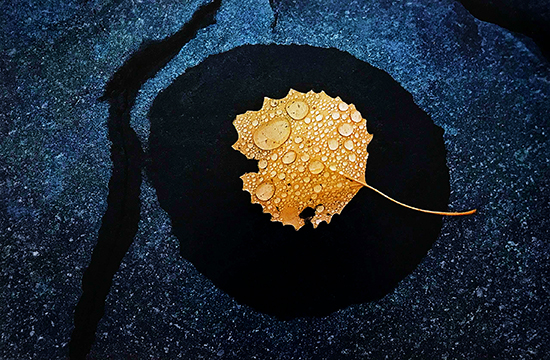 Ernst Haas, the pioneer of color photographic essays, would have been 100 years old yesterday.

He created the first magazine color photo-essay in LIFE in 1962. He became the first color photographer to have his own exhibit at MOMA shortly thereafter. He made this photo of a fall leaf in 1964.

A very good friend of mine, and a fellow student of Haas, Arthur Meyerson, posted this on Facebook today. I was there at the Ernst Haas Worksop in Japan with Arthur in 1984. I couldn’t have said it better.

Ernst didn’t disturb anything in nature before he made a photograph, and he never manipulated an image. That’s unheard of in today’s photo-illustrated world.