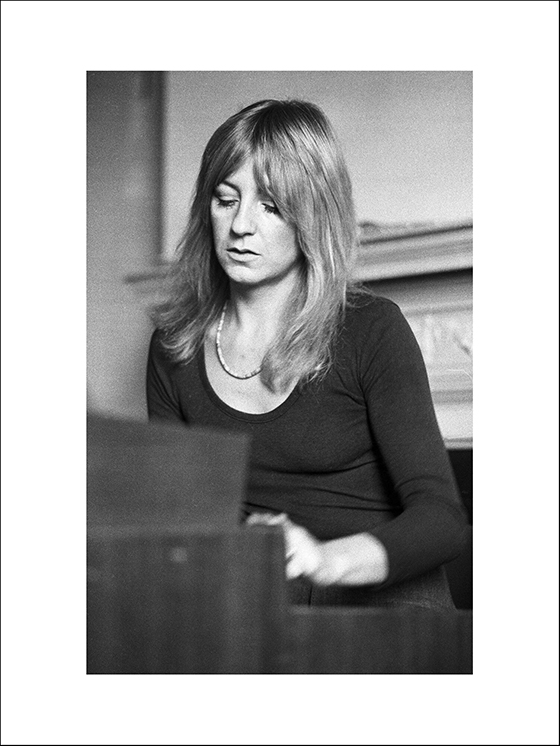 One of my all-time favorite female singers and songwriters passed away yesterday at 79 after a brief illness. It’s a shock to all who loved her and the rest of the group known for their amazing run on the pop charts in the late 1970s.

Christine Perfect joined Fleetwood Mac after being with the group Chicken Shack in the late ’60s. In the new band, her then husband, John McVie, and Mick Fleetwood had already produced some great albums in the UK with Peter Green, among others. However, Christine, Jeremy Spencer and the brilliant Danny Kirwan provided an additional sound that some feel is still the band’s best with Christine’s early songs included: “Show Me A Smile”, “Morning Rain”, and “Spare Me a Little of Your Love”. Those albums are still some of my favorites.

In general, original pressings of UK vinyl for Fleetwood Mac are the best sounding, especially early on, just like The Bluesbreakers. Later Ken Perry’s mastering for the records recorded in the U.S. are best, along with the Steve Hoffman/Kevin Gray reissues.

After a stint with Bob Welch, Fleetwood Mac enlisted Stevie Nicks and Lindsey Buckingham from California, who joined in 1974. The band shot to stardom over the next five years, and Christine rose to the challenge. Her hits included “Don’t Stop,” “You Make Loving Fun”, “Songbird”, “Think About Me”, “Say You Love Me,”, “Over and Over”, “Hold Me”, “Got a Hold on Me”, “Think About Me”, “Little Lies”, and the unforgettable “Everywhere”. I’ll never forget seeing them live at their peak in New Zealand right after the Rumors and Tusk albums were released. It was the final concert of their infamous 1980 world tour. Four encores – crazy drama on stage but great music!

Ann Wilson, of the band Heart, said in a statement today: “Christine was a gem. Soulful, classy and a beautiful songwriter. ‘Over My Head’ was always my sultry, angelic favorite. Bon Voyage sweet soul!”