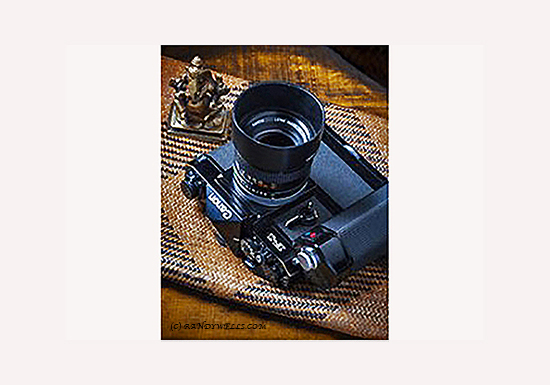 Canon began as a Japanese company called Precision Optical Instruments Laboratory in 1933. When the company started to manufacture cameras, it named them “Kwanon”, which is the name of the Buddhist Goddess of Mercy.

The Canon F-1 was a 35 mm single-lens reflex camera produced by the renamed Canon of Japan from March 1971 until the end of 1981. Still a great 35mm film camera. I’ve been using that analog camera and their subsequent cameras and lenses since 1976. Since then, Canon has remained the world’s #1 camera manufacturer.