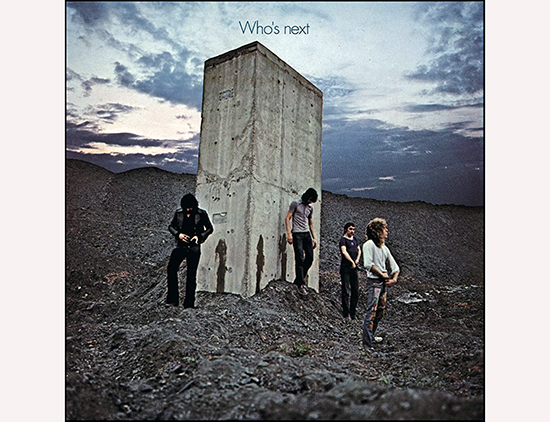 Today marks the 50th anniversary of The Who’s best album. I would say arguably, but the only other contenders are Tommy and Quadrophenia, and while these are classics as well, none has this record’s cache.

“Won’t Get Fooled Again” from the album Who’s Next becomes increasingly relevant with each passing year.

Audiophile’S USUALLY seek out a W-1 matrix US vinyl first pressing (mastered by Robert Ludwig), however, there also exists an RL inscribed German first pressing and the Classic Records LP release. For digital, try the SACD, the original dual outer ring Japan for US CD, or the dubbed Canadian CD. The latter two contain a mastering by Steve Hoffman.

Regardless, it’s a fave of mine. My long-time friend, Dave King, and I played this non-stop during the summer of ’71 and ’72. It became an anthem of sorts. Something we could really relate to during the Nixon years. It was also my excuse to replicate the moves of Keith Moon via “air drums.” OK, I digress a bit, but you get the picture. A splendid time was had by all.